Air conditioning is such an integral part of modern living that it is often taken for granted. We just know it’s there when we need it, and if it acts out, then it’s time to call the experts. However, air conditioning has a long history. Its humble beginning is proof of how creative we have become to achieve the level of comfort we enjoy today. 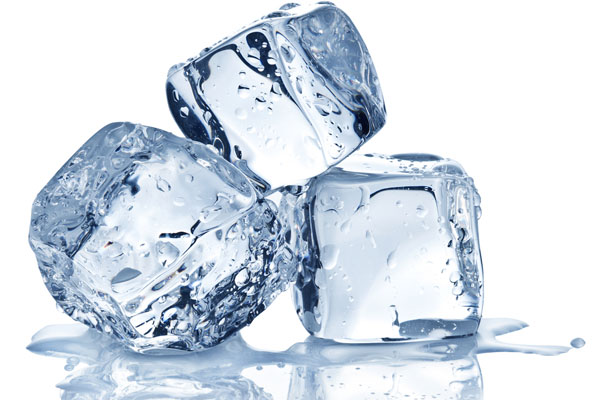 Long before the concept of the modern air conditioning system, people used ice to keep cool. In Egypt, for example, the Egyptians placed shallow trays filled with water on straw beds overnight. The cold temperature froze the water, and the solid ice was ready to use by morning.

Wealthy Romans and Greeks also imported ice. Snow or ice shops sold the cold slivers and blocks to those who could afford them. The ice was used to cool the homes or to enjoy cool showers on hot days. In ancient Iran, ice was collected during winter from the mountains nearby and stored in underground containers. People built a system of windcatchers integrated with these containers so that when the wind blew, it carried chilly air into the indoor spaces.

The Ancient Egyptians & Their Cooling Methods

Egypt is not exactly known for its cool climate. To keep cool, Ancient Egyptians soaked reeds in water, then hung them to cover the windows. When the wind blew, the movement of the air helped evaporate the water on the reeds and cool the rooms. This was one of the earliest forms of evaporative cooling. The Roman aqueducts are considered an engineering feat for the time during which they were built. The network is complex and extensive, and some parts of the structure remain in Spain, Greece, France, Turkey, and North Africa to this day. The structures would bring fresh water from the source (a spring or lake) to the cities for use by the population. Other than for drinking, bathing, and irrigation, water from the aqueducts would flow through the walls of houses and buildings to help cool indoor spaces.

Although the first AC was invented in 1902, it was mainly used for industrial applications. The first air conditioners released for residential use were installed 12 years later. They were not only massive and bulky (measuring 20′ x 6′ x 7′), but they also cost a pretty penny. At the time, only the wealthy could afford the $10,000 to $50,000 price tag. Adjusted for inflation, this is equivalent to around $120,000 to $600,000 per unit.

The “Summer Blockbuster” Came About Because Of Air Conditioning In the early 1900s, movie theaters would experience a slump in ticket sales during the summer because people simply did not like going to the movies when it was so hot. Theater owners began having air conditioning units installed so people could remain comfortable inside their buildings. It was a hit. Not only did people go to the theaters to watch movies, but they also went to keep cool since most of them did not have air conditioning at home. To maximize their profits, film production companies decided to show their most important films during the summer to entice people to watch.

Willis Haviland Carrier was an engineer who invented the first air conditioner that ran on electricity in 1902. It was initially a cooling solution designed for a printing company. During hot weather, when humidity levels were high, the paper was prone to warping which made applying ink a problem. Carrier was able to invent an air conditioning system that not only cleansed the air but also provided control over temperature, humidity, ventilation, and air circulation. In 1903, the New York Stock Exchange Building became one of the first structures to enjoy air conditioning.

Call To Schedule A Free Consultation

Mandatory Summer Vacations For Workers Stopped Because Of Air Conditioning Before air conditioning, schools, offices, and places of business had to close during summer because of the stifling heat. As a result, people took summer vacations by leaving work and school for about a month. These days, the summer vacation is optional. However, there are places in Europe where workers still take time off during summer because these areas still do not have air conditioning.

Without ACs, There Would Be Places In The U.S. That Would Have Very Low Populations

States known for their high temperatures such as Texas, Nevada, Florida, and Arizona would probably have fewer residents if air conditioning was not invented.

We Are Not As Heat-Tolerant As We Once Were

According to some scientists, air conditioning has reduced our natural tolerance to high temperatures. Many of us can no longer stand the heat – literally – because our bodies are so used to cooler environments. Point Bay Fuel offers superior heating and cooling services in Ocean and Monmouth Counties, New Jersey. We hire the best NATE certified technicians who can provide you with excellent HVAC tune-ups, repairs, installations, and replacements. Each of our techs has the knowledge and experience to service your HVAC system correctly.

Point Bay Fuel guarantees the most competitive heating and cooling service costs in the area. Our maintenance services can improve your comfort, increase your energy efficiency while reducing your home cooling costs. If you happen to need an HVAC repair or replacement system, we can recommend the best one for your home while staying within your budget. We back all of our work with a guarantee to ensure your satisfaction. To schedule a service appointment, give Point Bay Fuel a call today. We offer free, in-home estimates.